What is Techwear Fashion?

Techwears influence in the fashion industry is growing with every year. Techwear's design is straight forward clothing that provide utility, comfort and style. For better understanding we should describe the term techwear itself. Techwear is appeal for the everyday life which provides utility, comfort, breathability, movement, water-resistance and construction. We could talk about all the terms with techwear itself, but that would be too much to speak about, so consider this as an introduction to the essentials of techwear.

So what is Techwear fashion?

Young people would describe techwear as the new fashion that combines a more darkwear style with cool simple designs and utility.
But the main appeal of techwear is clothing that can make your life easier,  whether it's being able to have more pockets and space to carry more on your holidays trip or being able to have water resistance clothes to stay dry.

Nowdays people tend to carry multiple devices, even chargers with us.
Techwear items are often designed to have the storage for these things.
Simple techwear designs with pockets on your back, zippered pockets on the front or even removable pocket attachments. Its the combination of water resistant techwear clothes and good designed carrying capacity, making you less worry and carry more. 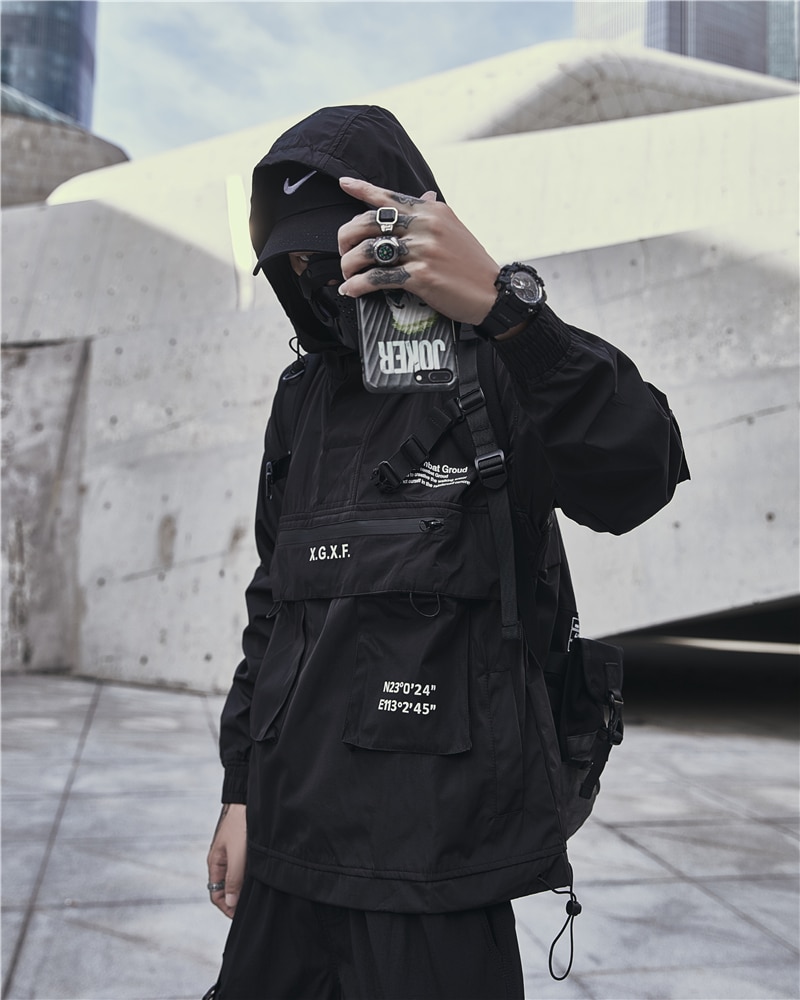 One of the main advantages of techwear is that its providing water resistance. Everybody dislikes getting caught by bad weather and rain, but techwear offers you a practical and stylish solution.

Techwear is more of the opposite of the today's crazy new designs, since it's more minimalistic, versatile and made for the natural needs of humans.
But just because you wear a techwear jacket, it doesn't mean you've got the full techwear aesthetic, since there are more elements to it.

Most techwear pieces have similar colors and pattern, making it easy to combine. Most people say techwear is giving you a darker, more secret almost ninja like vibe. Since everything is more designed being technical it's a look that is both, stylish but also functional. The most guys you will see in a full techwear outfit tend to look mysterious due to masks and hoods on many outfits.

However, you can easily complement darker, streetwear, even gothic streetwear with techwear, since it's all in the same niche.